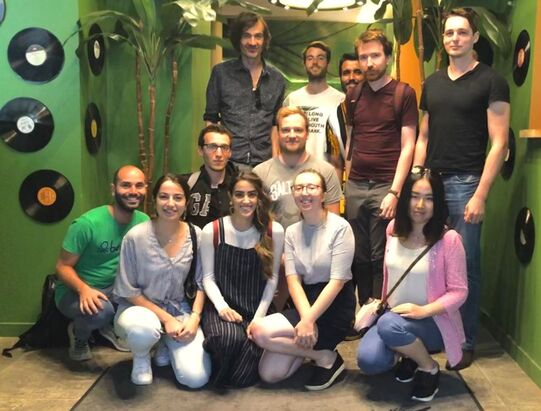 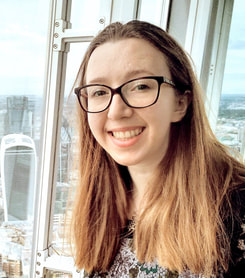 Miss Isobel Steer
i.steer13@imperial.ac.uk
Isobel is a fourth year Bioengineering PhD student funded by BBSRC and co-supervised by Dr Ladame and Prof Edel. Previously, she was a research assistant in the Ladame lab (2014-2015). She completed a BA (Hons) in Biological Sciences at Oxford University in 2013, and gained an MRes in Biomedical Research from Imperial College in 2014. Isobel's research is focused on developing a whispering gallery mode resonator to determine ligand binding to G-quadruplexes (G4s) with the aim of screening for therapeutic agents. Aside from Science, Isobel enjoys martial arts and baking.
https://www.researchgate.net/profile/Isobel_Steer 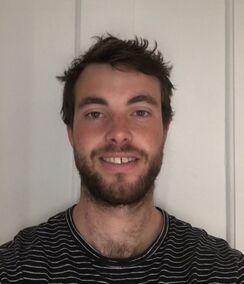 Mr Alfie Gatehouse
a.gatehouse17@imperial.ac.uk
Alfie is a second year PhD student in the Institute of Chemical Biology at Imperial College, London. Previously, he completed a BSc in Chemistry at Kingston University (2016) and then an MRes in Green Chemistry at Imperial College (2018), working under Prof Joshua Edel, investigating Ionic liquids to improve the sensitivity of nano-pipette biosensors. His PhD project entails engineering hydrogel filled nanopipettes as a diagnostic tool for early detection of prostate cancer under the supervision of Dr Ladame, Prof Edel, Dr Aleksander Ivanov and Prof Charlotte Bevan. In his spare time, Alfie enjoys playing football, learning Spanish and surfing.
https://www.researchgate.net/profile/Alfie_Gatehouse 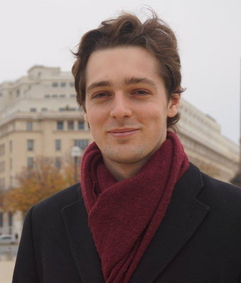 Mr Thomas Pataillot-Meakin
t.pataillot-meakin18@imperial.ac.uk
Tom completed a Bsc in Natural Sciences at the University of Bath in 2014 before undertaking an Msc in Cancer at UCL, graduating in 2015. He then worked at UCL developing and testing immunotherapies for neuroblastoma before working in a collaboration between UCL and Health Services Laboratories optimising and integrating a viral whole genome sequencing test into the NHS. His PhD, jointly funded by the CRUK Imperial Centre CDT and Institute of Chemical Biology, investigates using engineered hydrogel-filled nanopores to detect cell-free DNA as a diagnostic / prognostic option for prostate cancer and is co-supervised by prof Charlotte Bevan, prof Joshua Edel and Dr Sylvain Ladame. In his spare time he enjoys climbing, cycling and playing the guitar.​ 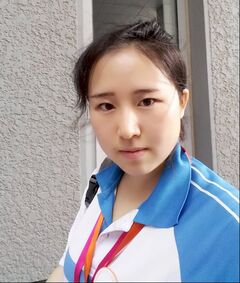 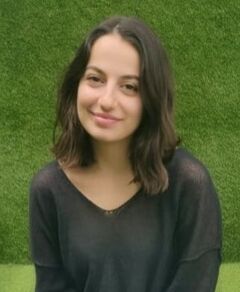 Miss Loukia Petrou
loukia.petrou15@imperial.ac.uk
Loukia is a second year PhD student in the MBBS/PhD program. She completed an intercalated BSc in Medical Sciences with Biomedical Engineering at Imperial College London in 2019. She has now taken time off her medical degree to complete an intercalated PhD, funded by the March of Dimes Organisation and co-supervised by Dr Sylvain Ladame and Dr Vasso Terzidou.  Her research focuses on miRNA isolation from whole blood using hydrogels as a screening tool for preterm birth.  In her spare time, Loukia enjoys baking and drawing 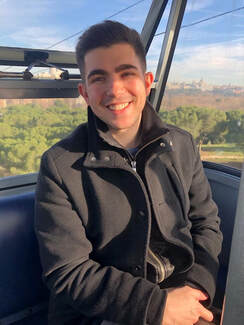 Mr Connor Daniels
connor.daniels20@imperial.ac.uk
Connor is a first year PhD student in the Ladame Group, funded by the Department of Bioengineering. He completed a BSc(Hons) in Chemistry with International Experience at Bangor University in 2019. This included spending a year abroad as a research assistant at Leiden University, Netherlands, working on the total synthesis of polysaccharide PS A1 under Jeroen Codee. Before starting his PhD, he  spent 6 months at ATDBio, Oxford, working on the purification of Oligonucleotides for COVID-19 testing. Connor’s PhD research is focused on the development of a hydrogel-coated microneedle device to diagnose melanoma. This will be done through the detection of tumour-derived miRNA in the interstitial skin fluid. In his free time, Connor enjoys playing basketball, travelling, music, singing, theatre, playing computer games and Magic the Gathering 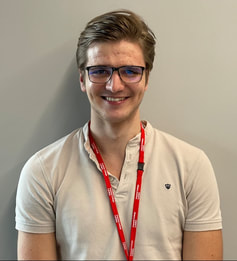 Elmeri is undertaking his MRes in Bioengineering, with his research component being completed in the Ladame Group. He completed his BSc (Hons) in Biochemistry at Queen Mary University of London in 2019. Elmeri’s MRes project is focused on the development of a denaturing hydrogel which will isolate miRNA from carrier proteins and exosomes. In his free time, Elmeri enjoys swimming, spending time outdoors, and reading. 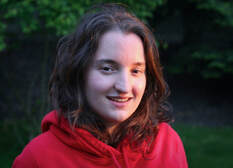